QL+ Engineering students from CU-Boulder designed and built a "Swimmer Lift" as their capstone project.  The QL+ Challenger is the Travis Mills Foundation, a non-profit organization supporting recalibrated veterans and their families through long-term programs that help them overcome physical obstacles, strengthen their families, and provide well-deserved rest and relaxation.

In June of 2017, the Foundation opened a 17-acre retreat in Maine, focusing on wounded veterans and their families. There are many amenities at this retreat, including a nearby lake for veterans and their families to use to rehabilitate, relax, and reconnect. An ongoing issue for the Foundation has been the transport of wounded veterans, into and out of the lake via a floating dock.

Although there are many swimmer lifts on the market, none of them work for the Foundation due to overall weight, an extensive system footprint, mounting complications, and power outputs.  The students had to satisfy several requirements for this project to be successful. The most essential need they had to meet was for the lift to be accessible for all people. It had to have a small footprint, be relatively light, it must be safe, easy to operate, and it must require only minimal strength from the user to operate it.

The final design of the swimmer lift can be broken down into two subassemblies.  The lower assembly is used to mount the lift to a dock in a non-destructive way that restricts the movement of the lift system in any direction.  The upper assembly is the system used to actually lift the swimmer from over the dock into the water.

Former Army Staff Sergeant, Travis Mills is the founder of the Travis Mills Foundation . While serving his third tour of duty in Afghanistan, he was critically wounded by an improvised explosive device, resulting in the loss of both legs and arms. Mills inspires many people with his positive attitude and resilience and his Foundation help many veterans and their families. 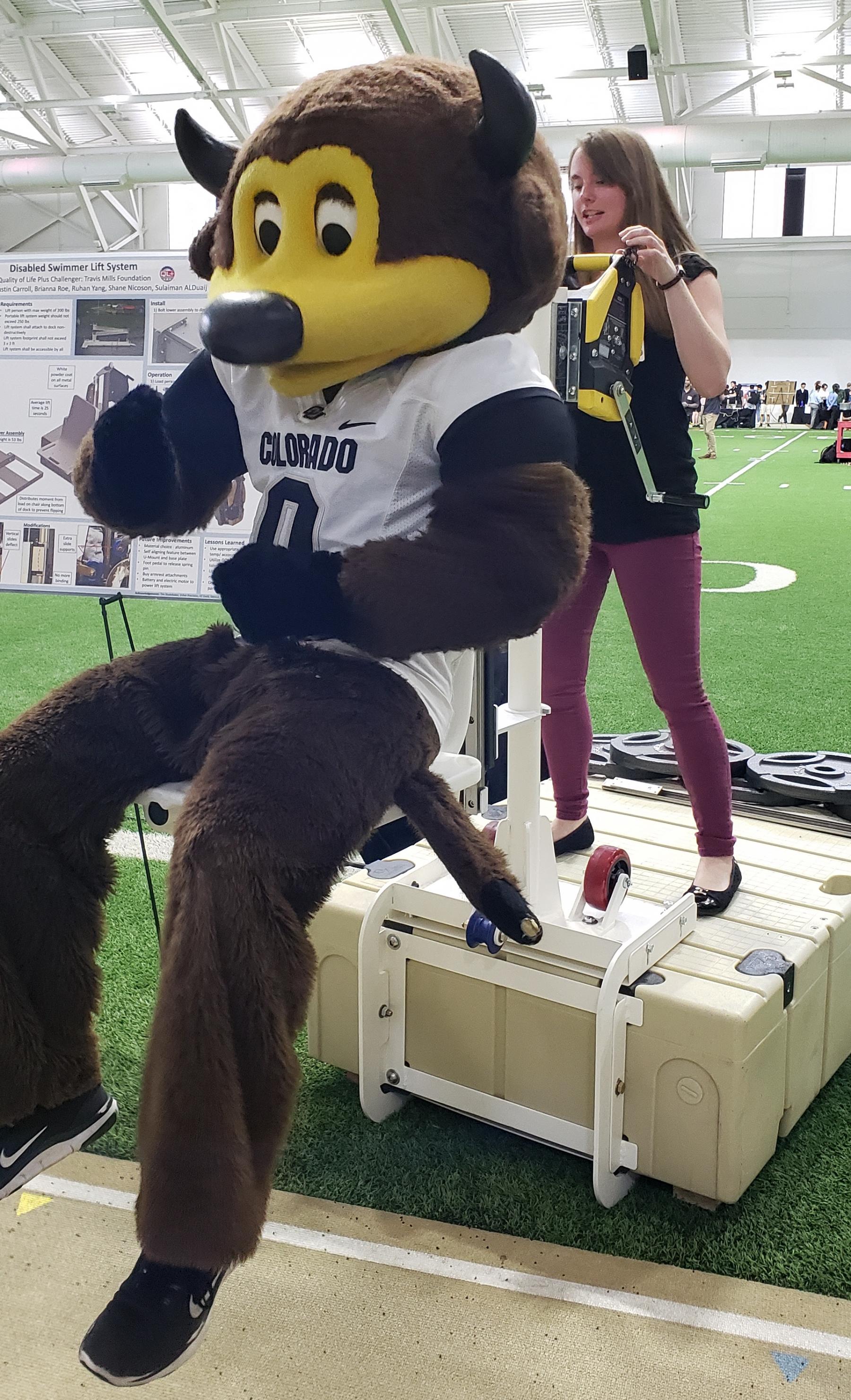