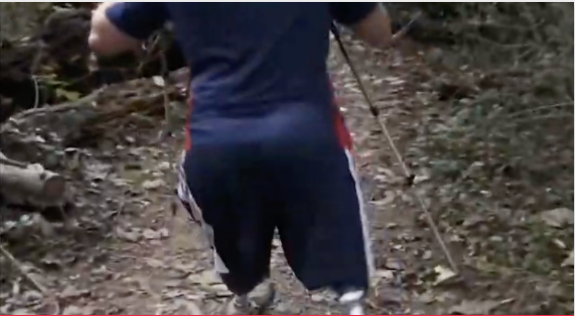 We were fortunate enough to have the opportunity to join Rob on a hike which allowed us to gain a better understanding of the problems he faced with his current solutions. Rob has two prosthetics, an Ottobock X3 bionic knee, and “shorties”.  When it comes to hiking, Rob typically uses his shorties in addition to hiking poles.  Shorties contain no knee or ankle joints and as the name implies, are very short, providing the user with more stability as his center of mass is much lower to the ground. Although this prosthetic is the more stable option, Rob still struggles to hike efficiently because the lack of knee joint forces him to walk by swinging his legs to the side, instead of the typical forward swing experienced in the bipedal gait cycle. The Ottobock prosthetic has the opposite problem; this prosthetic has more efficient ambulation when it comes to walking and refined movements, however, the algorithm in the microprocessor (located in the knee) cannot detect or process sudden changes in terrain. After understanding such problems, and observing him hike, we were able to narrow down our main focus for designing a new prosthetic which involved being energy-efficient and aid in obstacle clearance.

We created and analyzed many designs before coming up with our final decision. Originally, we developed a design with a rack and pinion mechanism, but after performing calculations, and analyzing free body diagrams, we determined that a rack and pinion would not be able to handle the amount of force exerted by the user to successfully walk on uneven terrain. After many failed attempts, we finally came up with a design that had the potential to be successful. This design made use of a pneumatic pump to convert small amounts of the user's
potential energy into a usable format by building air pressure within a reservoir at each step.

Eventually, the stored pressure would be used to lift the user so that they could step over raised obstacles more efficiently. While we were unable to finish building the final product, our Matlab simulations and testing data provided us with evidence that the prototype could successfully work. 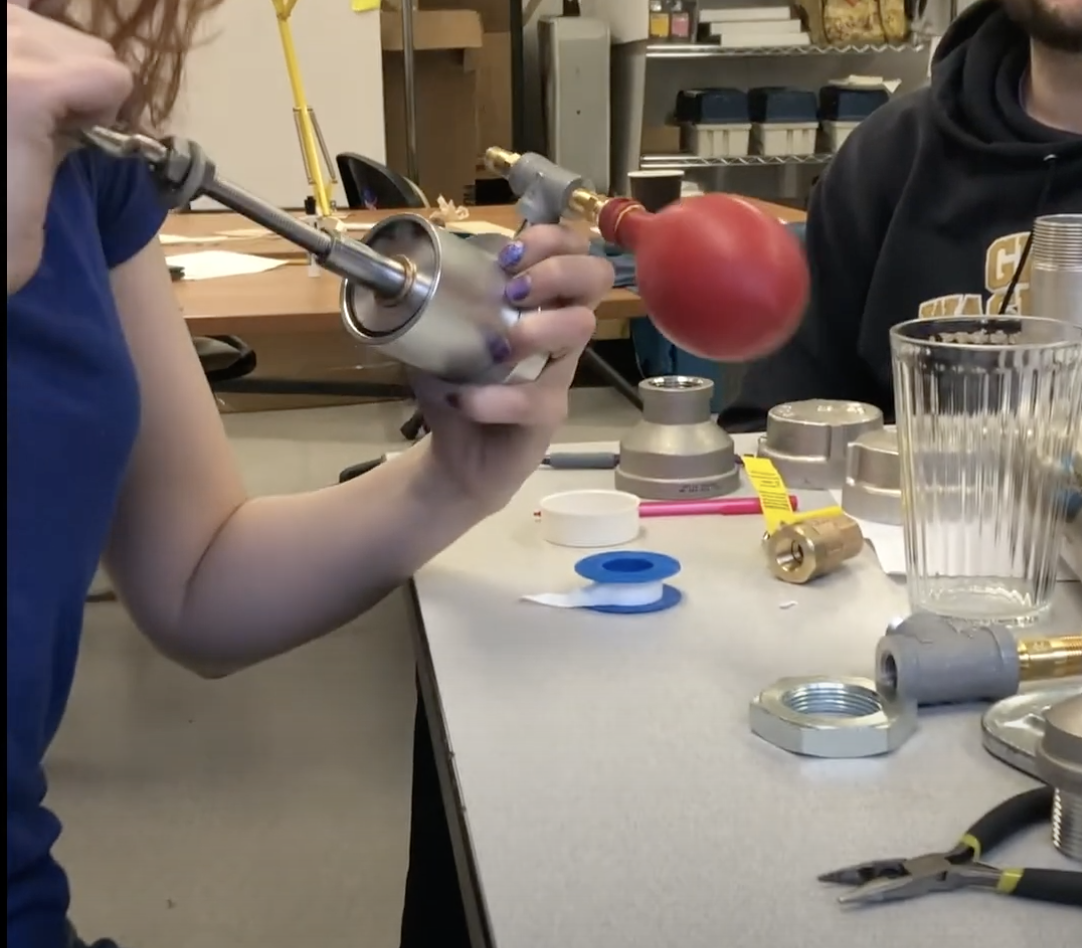 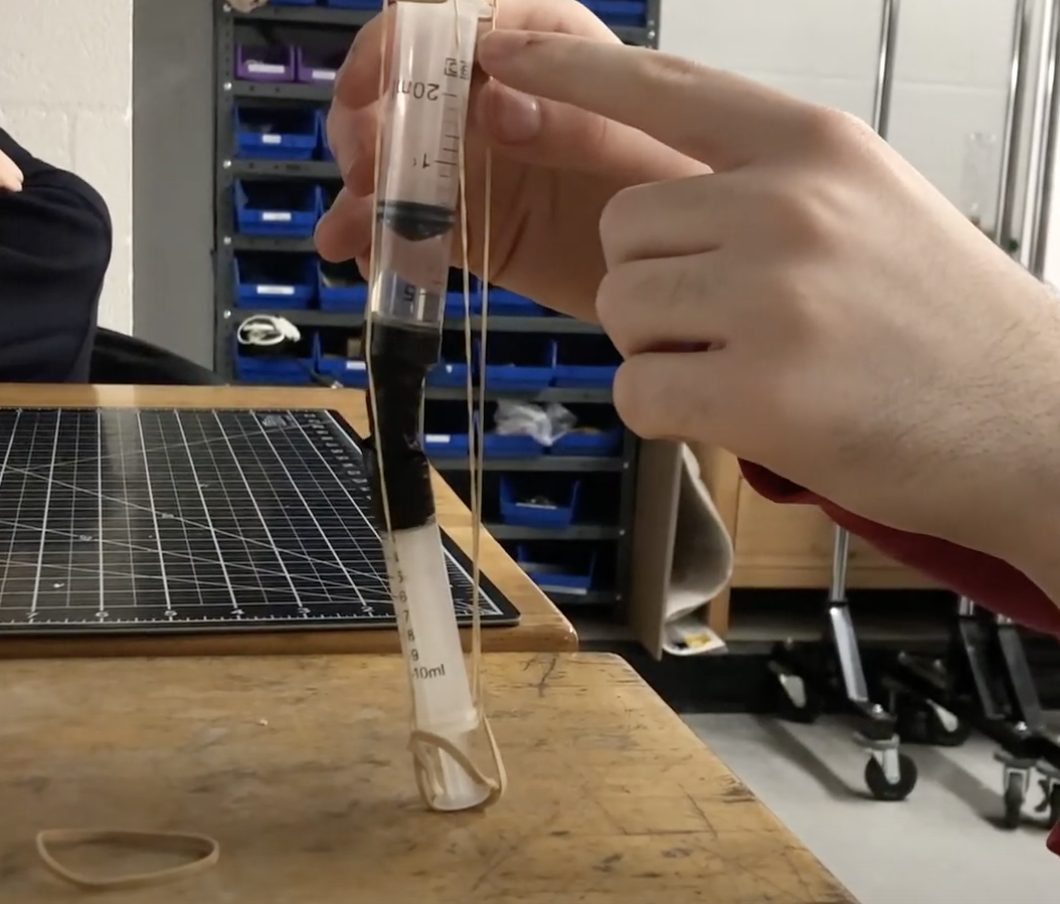 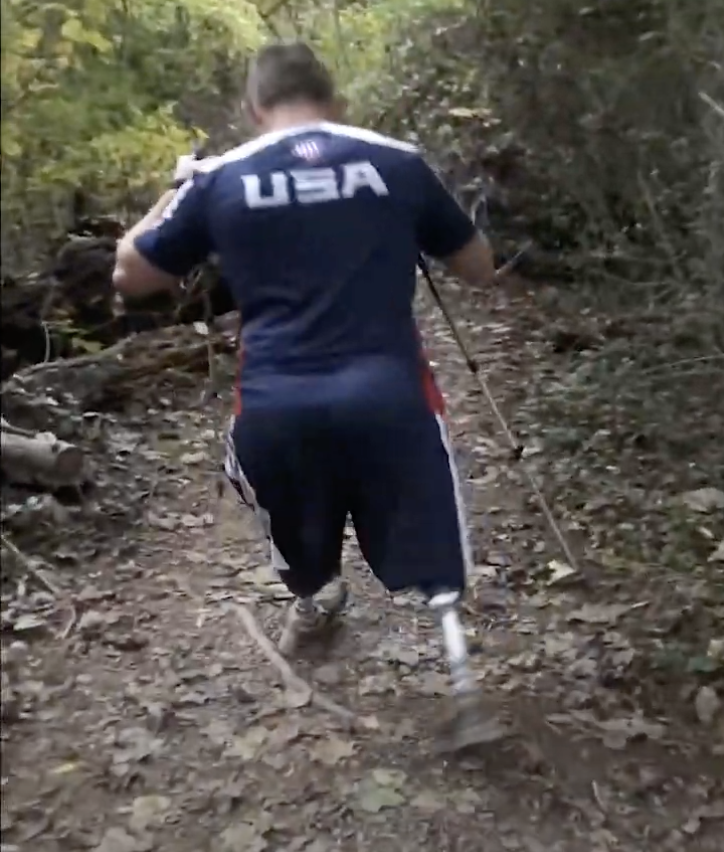