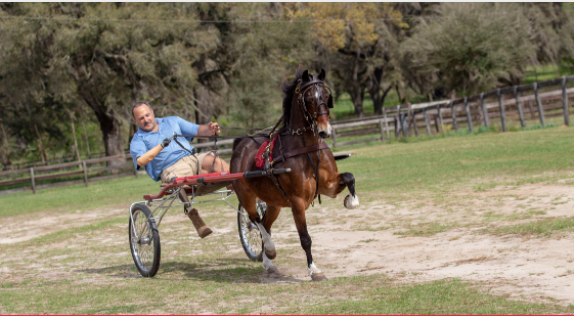 Horse Simulator:  Richard is a former Special Operations Army Paratrooper.  After serving as a police officer for post-military-retirement, he returned to military service as a contractor and dog handler.  After nearly 3 years of contracting while on a foot patrol, he encountered an IED in Aug 2010, which resulted in the loss of his right arm and leg.  He had osseointegration surgery for both his arm and leg and is now very functional.

Richard grew up as a professional horseman and mentioned that the horse show industry is interested in getting more veterans with disabilities involved. He believes that a mechanical platform/device that would simulate mounting and riding a horse would be a great way to help veterans with a variety of disabilities and conditions get comfortable and balanced on a horse.  Students at the University of South Florida are tasked with creating this device.

Tell us about why you joined the Armed Forces and then became a Police Officer: My family has a history with the military and Police starting with my Grandfather.  I joined in 1990 to support the 1st Gulf War and made it to Operation Provide Comfort.  After Active Duty, I became a Police Officer and later retired from the Virginia State Police.  With Retirement, I went back to the military as a Contractor in 2008 and continued until injured in 2010.

What was your job in the military or as a first responder?  Intel and Commo SGT / State Trooper (Canine Officer and Trainer, Firearms and Defensive Tactics Instructor).

How were you injured?  While walking a foot patrol working an IED in Aug 2010 I encountered an IED which resulted in the loss of my Right Arm and Leg.

After your injury/disability, what was the most significant hurdle you overcame?  Finding new ways to do the tasks I loved.

What do you do for fun/hobbies?  Shoot, Brazilian Jiu-Jitsu, Show Horses, Shoot and Teach Firearms, and fixing cars

What motivates you?  Living life to the fullest.

How will the QL+ device the students are creating, improve your quality of life?  It will provide motivation to my fellow injured service members and help them find the success that I have

What has it been like so far, working with QL+ students and participating in the program?  Very educational, to take an idea with practical knowledge and combine it with the engineering knowledge of these young growing minds to advance so much more!

Do you have any words of wisdom for our QL+ Students?  Keep creating new innovative ideas to advance life for the future of us all.

If you were writing a book about yourself, what would be the title? Every day is a New Learning Experience 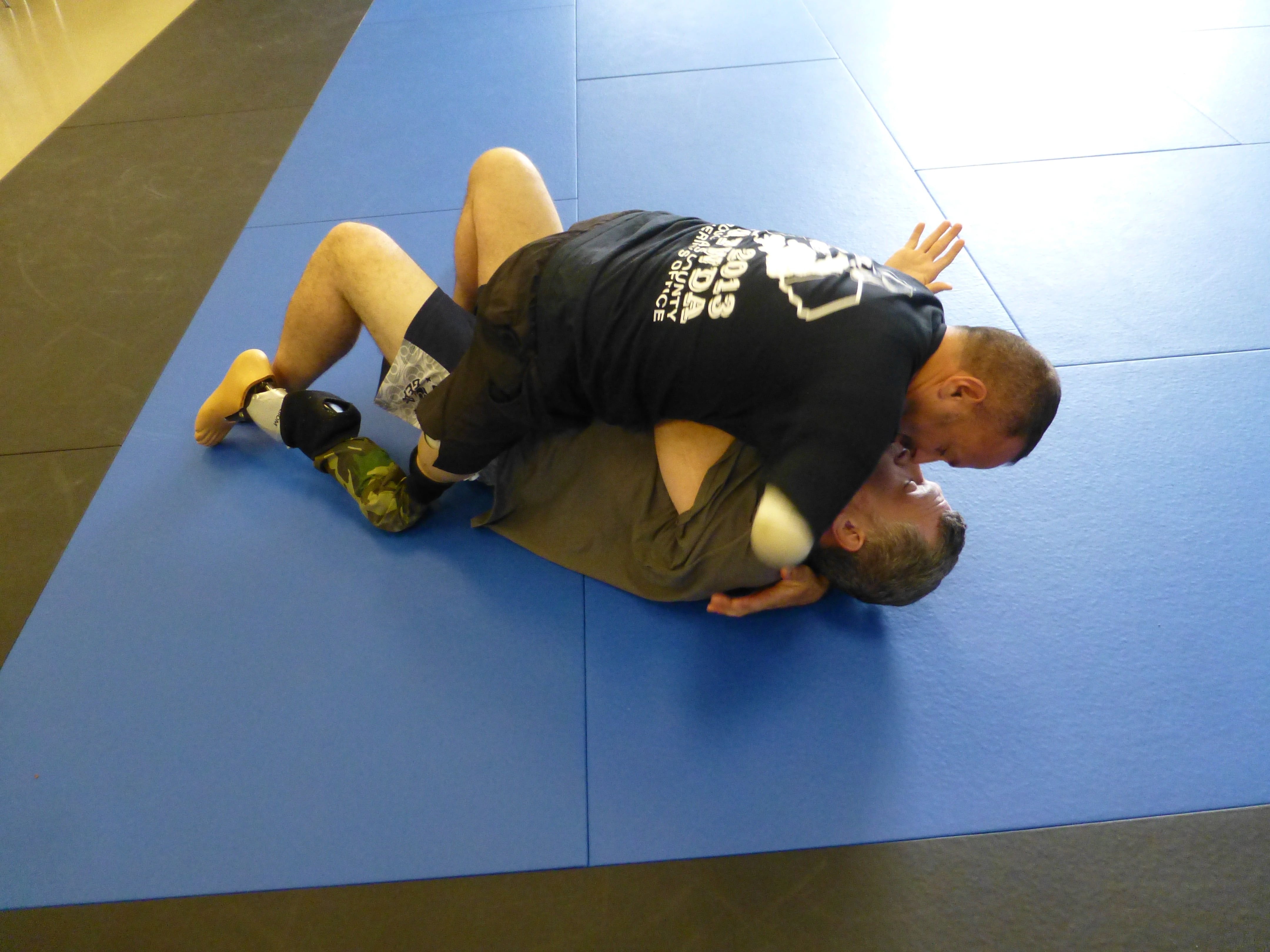 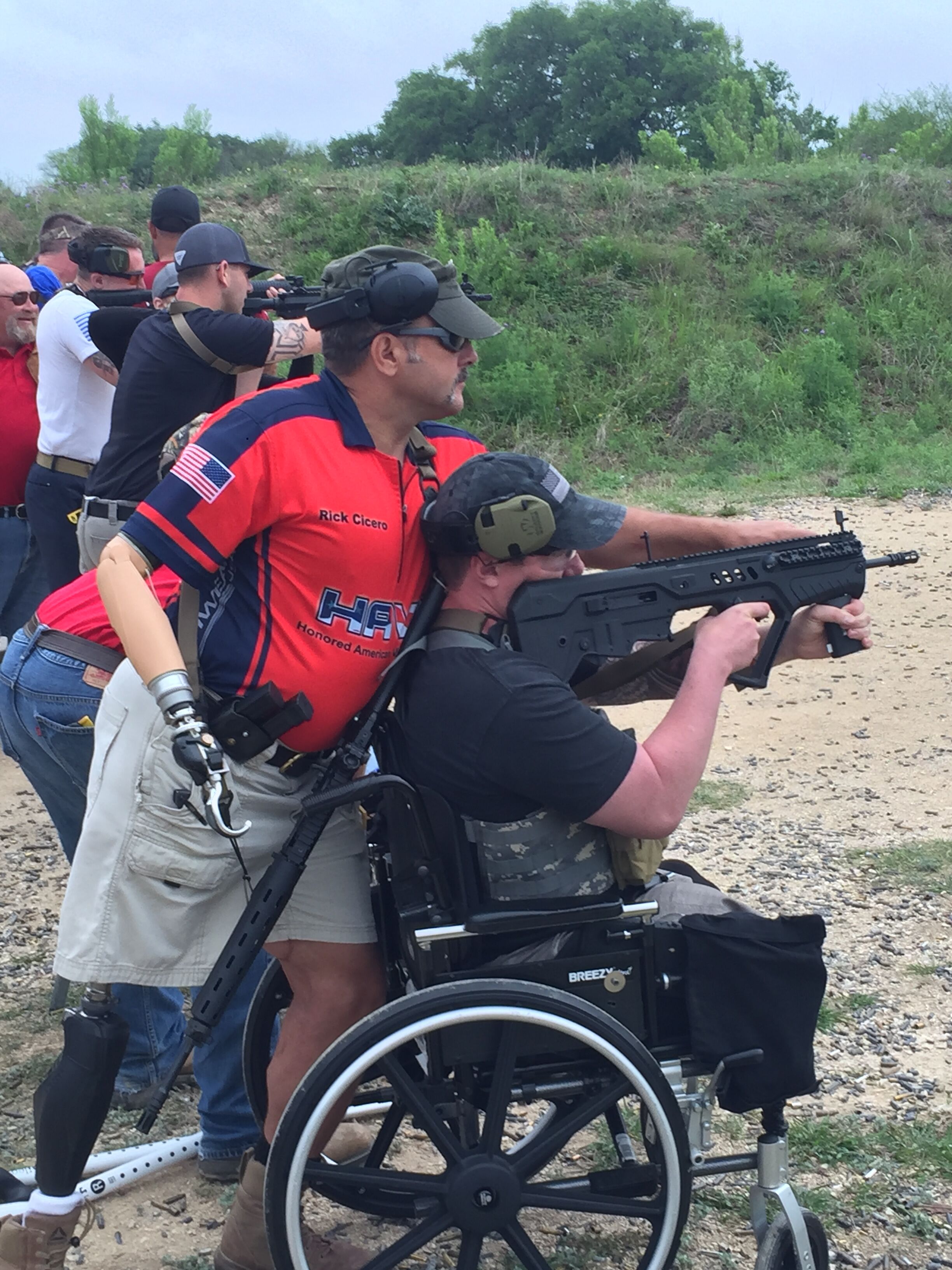 The goal of our Challenger Salute is to honor the service and sacrifice our Challengers made for our country. We are very grateful that they have agreed to participate in our program. They are providing our students with real-world experience and arming them with the tools they need to succeed once they graduate.