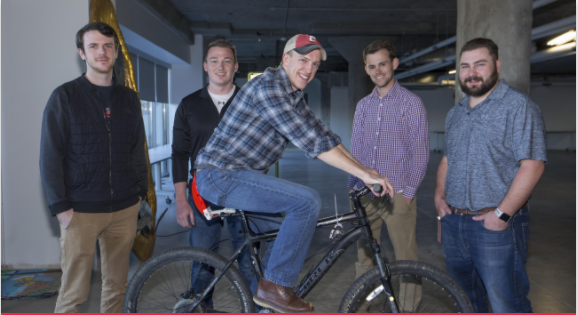 QL+ engineering students from the University of Cincinnati were tasked with the challenge of designing a hydraulic disc butt brake.  The purpose of this challenge is to create an alternative braking mechanism for a bicycle. The challenger for this project is Ashley Crandall.  Ashley served six years in the Army and another four in the Army National Guard as a helicopter mechanic.  Ashley suffers from a weak grip in her hands due to a multitude of health issues.  These injuries restrict Ashley’s ability to use the traditional hand brakes on a bicycle.  Ashley enjoys riding her bike and has many friends in the cycling community.  Because of her injury, Ashley has been unable to participate in cycling events and has lost touch with some of the community.  With the Butt Brake, Ashely will be able to get back to doing what she loves.

This project was a redesign of a previous version of the Butt Brake, developed by Scott Moro.  However, QL+ added specific challenges to this project.  These challenges include changing the Butt Brake from a cable braking system to a hydraulic disk braking system; making the system universal to fit all bikes; allowing the paddle to be removable; and, having the braking system be adjustable to allow the rider to change the force applied to the front and rear caliper.

In the final design of the Butt Brake, the team used modified Shimano hydraulic brakes. Shimano brakes were purchased and modified to make sure the previous calibration remained in check.  The braking system was mounted to the rails of the bicycle saddle because the rails of the seats are more universal than a seat post or some other area of a bike frame.  Therefore, the Butt Brake can be mounted to many different bicycles.

A mount, specifically made for connecting to seat rails, was bought and modified to connect the system to the bike. Two brackets were then machined out of aluminum with multiple holes.  The holes allow for adjustability to create the most comfortable position for the rider.  The second bracket has another through-hole at the end where the paddle goes.  The bottom half of the paddle has a through-hole where a carbon fiber rod is inserted through the lower half and the machined bracket.  The bottom of the paddle also has two ball bearings that allow for easier rotation around the rod.  The bottom of the paddle is connected to two shock absorbers with springs that are threaded on the brake joint.  When the bottom of the paddle rotates, the shock absorbers are compressed which actuates the breaks. The shock absorbers can be easily tightened or loosened to allow for different preloads of the springs. This allows the rider to control the amount of force applied to the front and rear caliper when the brake is compressed. 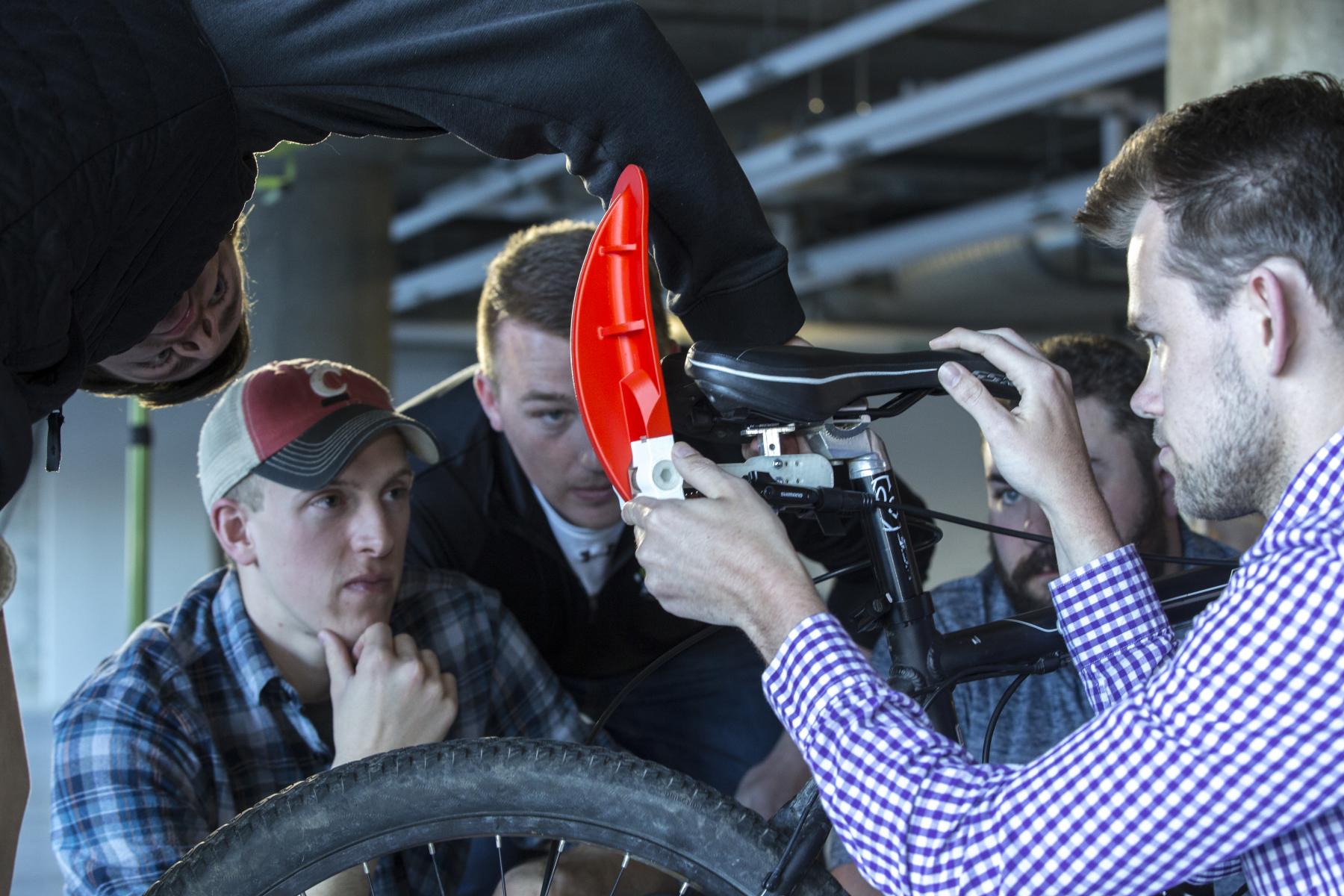