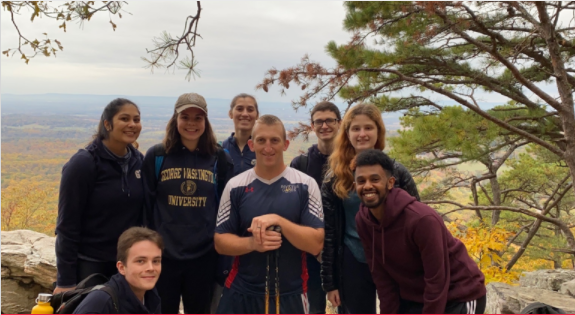 The GW Hiking Prosthetic challenge is being executed in accordance with the Quality of Life Plus (QL+) Program. The specific client, or challenger, for this project, is Rob Jones, a double transfemoral amputee. Rob served as a combat engineer in the Marine Corps; during a deployment to Afghanistan in 2010, he was wounded in action by a landmine. His injuries resulted in a left knee disarticulation and a right above knee amputation. Rob is considered to be a very active individual and regularly enjoys exercising and going on hikes. Currently, Rob is utilizing two different sets of prosthetics. For daily use, his Ottobock X3 prosthetics serve as walking legs with bionic knees. For more athletic activities, such as hiking, his shorties serve as a set of prosthetics without knees that are lower to the ground and better stabilize him on uneven terrain. Rob hopes to hike more easily in a shortened time span. Overall, the team seeks to help transfemoral amputees hike and maintain stability on uneven terrain while improving their overall quality of life.

Through detailed brainstorming, careful concept selection, and rapid prototyping processes, as well as several major design changes, the team chose a final design of a pylon pulley system. It features a 180-degree torsion spring at the knee working in tandem with a compression spring controlling the pulley to allow the lower pylon to spring back to zero position. The lower leg pylon is then connected to a tank tread “foot” which allows the client to glide forward on uneven terrain. The main objective of this design is to provide stability on uneven terrain. This is accomplished by the strength in the pylon and the stability in the carbon fiber tank tread. The secondary objective of this design is to increase the client’s hiking pace to that of an able-bodied hiker. The torsion spring and pulley work in accordance with the motion of the client’s quadricep, allowing the user to choose their speed based on how fast they move their quadriceps, as well as allowing the user to lift the lower leg for more major obstacles. The tank treads also allow for an even gliding across minor obstacles.

Unfortunately, due to COVID-19 and the closing of our university, the George Washington University, the team was unable to complete the design and thus, final testing. However, the design idea was aimed to satisfy four important objectives set by the client and team: to be stable on uneven terrain, to be fast-paced on uneven terrain, to avoid obstacles on uneven terrain, and to be lightweight and avoid over encumbering the user. Future recommendations are aimed at finishing the construction of the device, in a way that satisfies all four of the objectives, and testing with the client to ensure safety and comfortability. 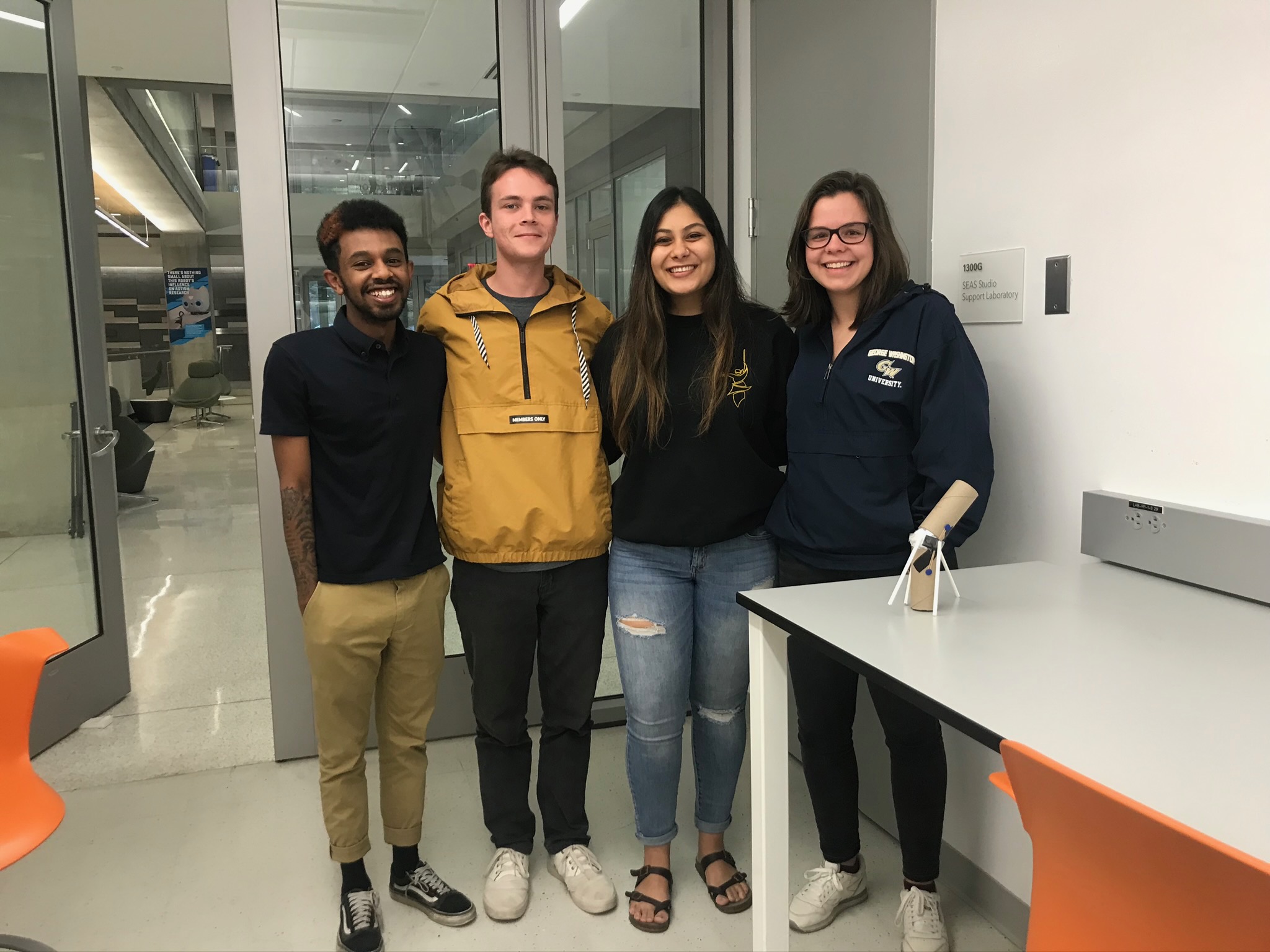 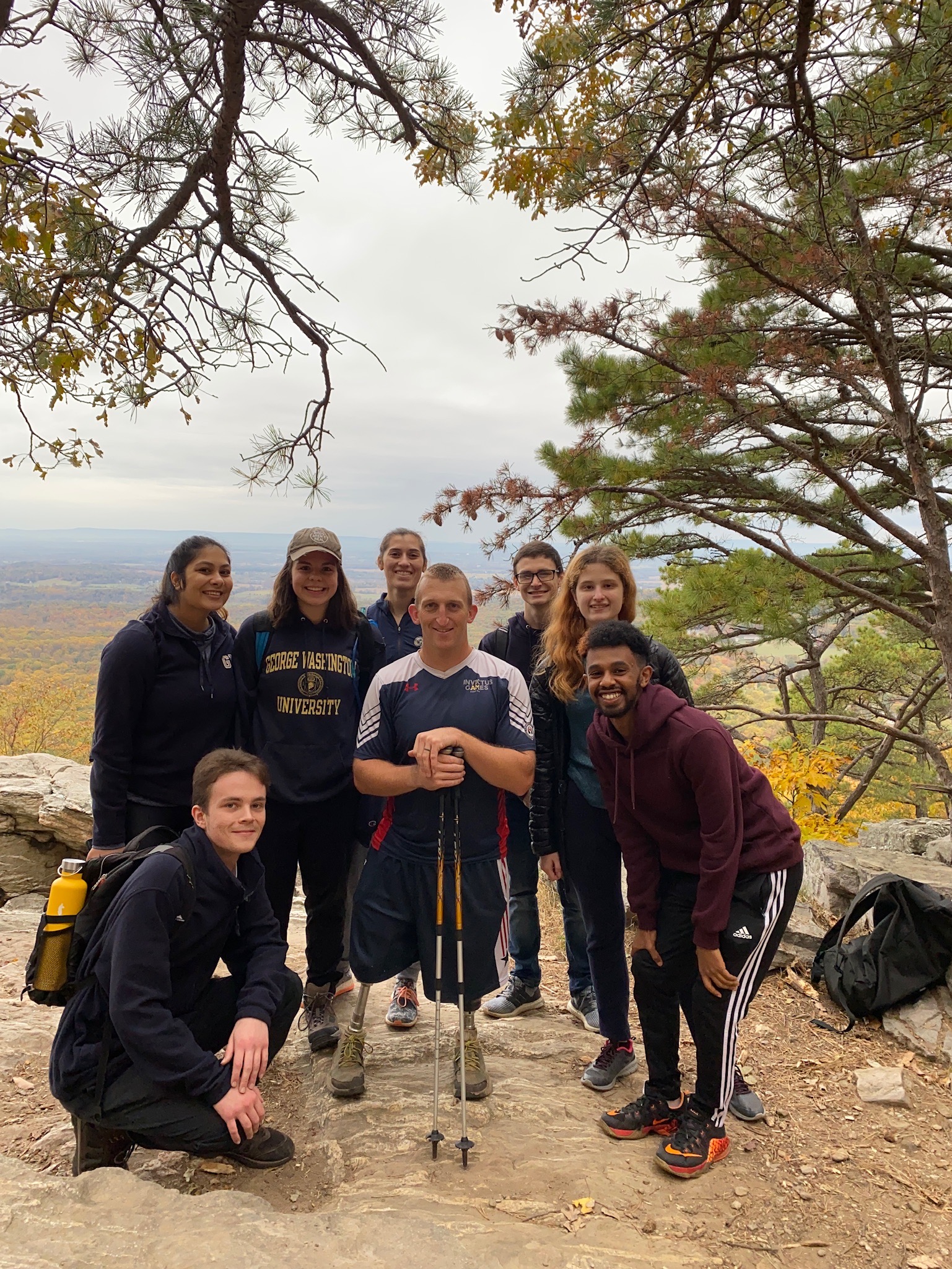