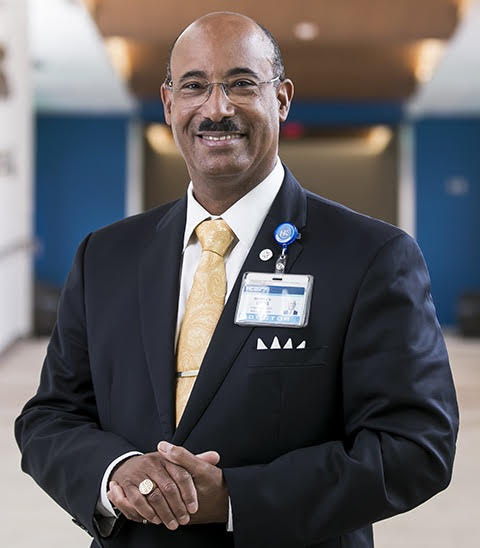 Currently serving as the President and CEO of Holy Cross Health, and the Maryland Region of Trinity Health, in Silver Spring, Maryland, Dr. Norvell V. (Van) Coots retired with the rank of Brigadier General from the United States Army on 1 August 2016. His final assignment on Active Duty was as Commanding General, Regional Health Command Europe, and the Command Surgeon for US Army Europe and 7th Army. His previous assignments include Deputy Commanding General (support) of the US Army Medical Command and as the Assistant Surgeon General of the US Army. He was the final commander of Walter Reed Army Medical Center, in Washington, DC, and served as the Commander of the Keller Army Community Hospital, West Point, New York, and as the 52nd Surgeon of the United States Military Academy. In 2012-2013 he deployed as the Surgeon General, US Forces-Afghanistan, and as the ISAF Joint Command Medical Advisor.

Dr. Coots attended the United States Military Academy, West Point, and Howard University. He subsequently earned his undergraduate degree from the University of the State of New York, Regent's College (now Excelsior) in Albany, N.Y., his Master of Strategic Studies from the U.S. Army War College in Carlisle, Pa., and his Doctor of Medicine from the University of Oklahoma Health Science Center College of Medicine in Oklahoma City, Okla. After a transitional internship at the William Beaumont Army Medical Center in El Paso, Texas, he completed a dermatology residency at the Brook Army Medical Center in San Antonio, Texas.